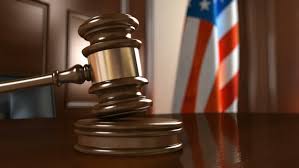 The Denver Federal Appeals Court, the same one that ruled against EPA biofuels waivers for small refinery operators such as one in Oklahoma, has ruled again against the Environmental Protection Agency.

In a recent ruling, the 10th U.S. Circuit Court of Appeals handed a win to the Sierra Club in a fight over air permitting.

The Sierra Club has won a lawsuit challenging a 2017 EPA policy shift that would have made it harder for green groups to challenge air permits issued to power plants and other pollution sources.

POLITICO’s Morning Energy Report says at issue are Title V permits, which are supposed to be reissued every five years after a source has been issued preconstruction permits under the New Source Review program. The Sierra Club petitioned EPA to object to the Title V permit issued by Utah regulators to Pacificorp’s Hunter coal plant, arguing that the plant should have been classified as a major source rather than a minor one when the NSR permit was first issued in 1997, a category difference that likely would have required the plant to install more pollution controls.

EPA tucked a policy change into its 2017 rejection of Sierra’s petition regarding whether groups can challenge underlying permits as part of the Title V review process. But the U.S. Court of Appeals for the 10th Circuit in Denver on Thursday ruled that EPA got it wrong . EPA’s own regulation “unmistakably requires that each Title V permit include all requirements in the state implementation plan, including Utah’s requirement for major NSR,” the three-judge panel ruled. That means the agency will have to directly address the Sierra Club’s argument that the plant should have originally been classified as a major source.