New board member named at Phillips 66 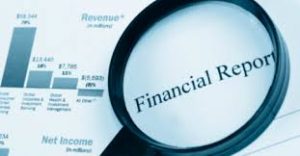 Oklahoma City-based Enable Midstream Partners, LP, a company with more than 14,000 miles of pipeline operations in the U.S. plans to release its second quarter earnings report next month.

The company announced it will release the financial results before the market opens on Wednesday, Aug. 5. The release will be followed by a conference call at 9 a.m. CDT where leadership will discuss the results.

The company took $28 million in cash impairments during the quarter.