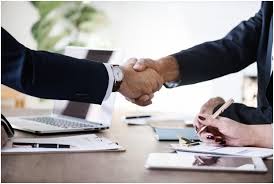 Colorado’s oil and gas groups have dropped plans for ballot initiatives this year after reaching a deal with Gov. Jared Polis after he urged legislative leaders to back off more restrictive regulations on the industry.

Colorado Public Radio, in a recent report indicated the  oil and gas wars are over — for now.

In an op-ed in Colorado Politics, Democratic Gov. Jared Polis said oil and gas groups have agreed to drop ballot initiatives on the 2020 ballot. He added he had spoken with legislative leaders to pause further efforts to regulate the industry.

According to Polis, the agreement is meant to allow for the full implementation of SB19-181, an overhaul of oil and gas regulations he signed in 2019.

“Let’s give SB181 a chance to work, and let’s see the full effects of the law instead of returning to the same old ballot box wars that this legislation was designed to avoid,” the governor wrote.

Protect Colorado, a political group funded by oil and gas companies, confirmed it planned to drop two ballot initiatives likely headed to voters in the fall. One is Initiative 284, which would have blocked local governments from limiting natural gas hookups in new buildings. The other is Initiative 304, which would have required fiscal impact statements attached to future ballot initiatives.

The group recently announced it likely had enough signatures to put the plans on the November ballot.

Laurie Cipriano, a spokesperson for Protect Colorado, said that won’t happen after Polis signaled he “agrees the oil and natural gas industry is important to Colorado.”

“He’s going to allow SB181 to work through the regulatory process and work for Colorado,” Cipriano said. 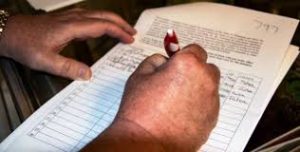 Kelly Nordini, executive director of Conservation Colorado, said her group participated in the discussion along with the League of Oil and Gas Impacted Citizens and Western Colorado Alliance. They all agreed not to back regulatory reforms on the 2020 or 2022 ballot. That said, she added that Conservation Colorado will not pause other efforts to combat climate change or limit the health impacts of oil and gas development.

“We’re not taking a breath. We’re charging full speed ahead in the appropriate venue — the oil and gas commission,” she said, referring to the Colorado Oil and Gas Conservation Commission. That panel is now finalizing rules to implement SB19-181.

The environmental groups had no plans to place an initiative on the November ballot. Earlier in 2019, Colorado Rising, which was not involved in the recent agreement, said it would drop a ballot effort to expand setbacks between buildings, waterways and new hydraulic fracturing wells. The organization said it felt signature collection would not be safe during the pandemic.

But other proponents of the initiative moved ahead without the support of the organization. Their effort ended after the Colorado Supreme Court struck down an executive order from Gov. Polis to allow online signature gathering.

After the publication of the governor’s op-ed, Joe Salazar, executive director of Colorado Rising, praised Polis for convincing the oil and gas industry to rethink its ballot plan. Salazar said he also suspects the economic downturn might have something to do with the announcement.

“Oil and gas probably doesn’t have as much money as they used to,” he said. “They’re trying to save that money instead of having to spend God knows how much, tens of millions of dollars, to run a ballot initiative.”

The companies behind Protect Colorado have fallen on hard times. Major contributors to the group this year include PDC Energy, Occidental Petroleum and Noble Energy, which was recently snatched up by Chevron. Each company has seen its stock prices struggle during the coronavirus health crisis and amid international disputes over oil and gas production.

Salazar added that Colorado Rising will keep all options on the table, particularly as oil and gas rulemaking develops.

“Every environmental group out there has a mind of its own,” he said.