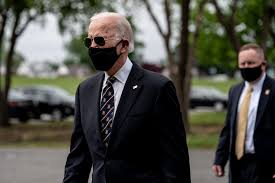 Before Senators Bernie Sanders and Elizabeth Warren dropped out of the race for the Democratic Presidential nomination, they vowed to ban fracking if they were elected. Now Joe Biden, the presumptive Democratic nominee says it won’t happen if he wins the White House.

As POLITICO reported, Biden told a TV reporter in Pennsylvania  that a Biden administration would not eliminate fracking jobs. “Fracking is not going to be on the chopping block,” he told WNEP when asked about displaced workers.

Environmentalists who have been pressing the candidate to call for a fracking ban aren’t likely to greet that statement the way they did his “unity” task force’s climate proposal earlier this week.

Biden has called for no new leases on federal lands, but some Democrats have joined in pressing him to promise to pursue a ban on the practice, while Pro-Trump ads have targeted him from the other side in the state that’s been a key player in the fracking boom.