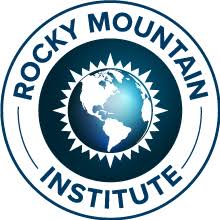 Four of America’s biggest banks are backing a new nonprofit initiative to leverage the financial sector toward achieving climate-change goals.

The Rocky Mountain Institute (RMI) is launching a center focused on climate supported by Wells Fargo, Goldman Sachs, Bank of America and JPMorgan Chase according to Axios.

Banks have increased their rhetoric on the threat of climate change recently, but they still finance billions of dollars for the oil, natural gas and coal industries, which account for 80% of the world’s energy consumption.

This initiative is the latest sign of how the financial sector is (slowly and unevenly) embracing a transition to cleaner technologies.

The Center for Climate-Aligned Finance will, among other things, try to help fossil-fuel companies and other carbon-intensive sectors aggressively cut emissions with the input of banks and shareholders.

Details are scarce, including how much money the banks were putting toward the effort.

And during a press call Wednesday, no bank officials said explicitly that they would change their lending and investment practices based on the initiative.

“I don’t think we should let any center they [the banks] participate in take our eye off the ball of the role of financial institutions in accelerating emissions through the companies they invest in and finance,” said Ilmi Granoff, director sustainable finance at the ClimateWorks Foundation, which donates to RMI.

“But I do think it’s meaningful that banks are signing up to work with a partner like RMI on portfolio alignment and the use of finance and investment to accelerate decarbonization.”

All of the banks backing this new initiative finance billions of dollars worth of fossil-fuel projects a year, per data compiled by the Rainforest Action Network.

“We have been changing our business practice and lending practices over the years and we’re supporting RMI because we think there is still more than we can do,” said Marisa Buchanan, head of sustainability at JPMorgan Chase.