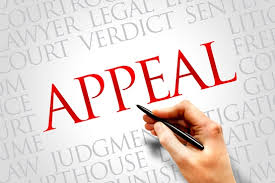 The legal fight over a federal court’s order to shut down the Dakota Access oil pipeline in North Dakota took another step Monday when the U.S. Army Corps of Engineers said it would appeal the ruling.

Attorneys for the Corps filed a notice of appeal with the U.S. Court of Appeals for the District of Columbia, a week after a lower court said the 570,000-barrel-per-day pipeline needed to be shut and emptied within 30 days, citing problems with permits granted by the Corps in 2017.

The pipeline’s primary owner, Energy Transfer LP, already said it would appeal the decision, and is asking for a stay to keep the pipeline running reported Reuters.

Boasberg said the Corps violated national environmental law when it granted an easement to Energy Transfer to build and operate beneath Lake Oahe because it failed to produce an adequate Environmental Impact Statement.

The North Dakota attorney general’s office backed the pipeline in a filing on Monday.

“A shutdown will force North Dakota’s oil industry to shut in massive amounts of oil product, and shift the remainder of production to more expensive and uncertain modes of transportation,” the office wrote in a brief to the court in support of keeping the line open.