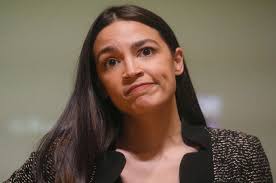 The sigh of relief you hear might be coming from those in the oil and gas industry who thought New York Democratic Congresswoman Alexandria Ocasio-Cortez’ bill to block the Army Corps of Engineers from issuing water permits for oil and gas lines would be successful. It won’t.

POLITICO reports the House Rules Committee voted this week in support of a rule to set up debate on a large government funding package that includes 42 amendments to the Energy and Water title.

However, AOC’s proposed amendment, one that rattled the oil and gas industry after some high-profile court losses relating to Corps water permits will not get a vote in the committee. “No dice” as POLITICO put it.

Here are some proposals the committee will consider:

— Grant applications: Lawmakers will consider measures barring the rejection of grant applications for using the terms “climate change” or “global warming,” and “sea level rise”;
— Pebble mine: An amendment from Rep. Jared Huffman (D-Calif.) would bar the federal government from moving forward with permitting the proposed Pebble Mine project in Alaska;
— Big funding boosts: The chamber will consider whether to boost weatherization and energy efficiency grant funding by $250 million each in light of the economic strain wrought by the coronavirus pandemic;
— Transfers with offsets: Rep. Paul Gosar (R-Ariz.) has a host of amendments boosting funds for DOE’s critical minerals and energy efficiency offices to be in line with Trump’s request and adding $5 million each for cybersecurity and quantum computing efforts. A bipartisan amendment would transfer $5 million to DOE’s fossil energy office.
— Grab bag: Amendments to clarify that DOE’s Section 1703 loan guarantee program must go only to projects that “avoid, reduce, or sequester” greenhouse gas emissions; that bar governmental contacts with Trump-owned businesses and that stress safety requirements from FERC in dam approvals will also get votes.