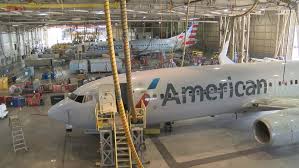 Tulsa city leaders have been hit with a stunning announcement that American Airlines plans to layoff more than 100 workers and furlough another 1,000 workers in October at its maintenance facilities in northeast Oklahoma.

“As a result of unforeseeable circumstances beyond American Airlines, Inc.’s control, specifically the COVID-19 pandemic, the company has carefully analyzed its available options and it is with regret that I report to you that the company anticipates taking job actions toward employees,” wrote Patrick O’Keeffe, Senior Vice President at American Airlines Inc.

O’Keeffe informed the state that 114 employees will be discharged Oct. 1 and their terminations will be permanent.

“There are 1,003 employees who are expected to be furloughed on October 1, 2020, or within 14 days following such date,” added O’Keeffe. But he also explained the airline will not provide any furlough benefits.

“It is our sincere hope that this number decreases based on factors such as additional voluntary leaves of absences and voluntary early outs, or changes in the demand environment,” he said. 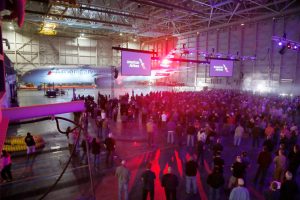 The new project includes construction of a new widebody-capable hangar and base support building. The investment also provides for improvements to the existing infrastructure, including roof replacements, utility and IT upgrades, and ramp repairs. This is the largest investment ever made at a maintenance location in American’s history. 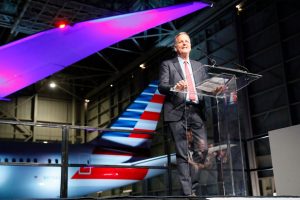 American’s Chairman and CEO Doug Parker was on hand for the announcement.

“Tulsa has been core to American’s operation for more than 70 years, and this investment in the base, along with the new positions we added at Tech Ops – Tulsa in 2019, will ensure our customers can continue to rely on our fleet as the safest and most reliable for decades to come.”

The new 193,000-square-foot hangar will be able to hold two widebody aircraft — or up to six narrowbody aircraft — and will replace two existing hangars that can no longer fully accommodate the size of American’s current aircraft.

This will allow team members to continue maintenance work on the more than 900 aircraft that visit the site annually while also adding to the widebody hangar capacity in American’s system. The 132,000-square-foot base support building will include offices for teams in administrative functions for aircraft overhaul, engineering and more.

Click below to view the WARN notice sent to the State.