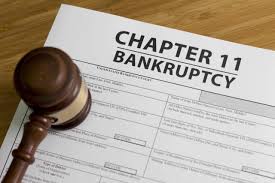 At least 90 Oklahoma workers are about to lose their jobs at the BJ Services facility in Yukon after the Texas-based company filed Chapter 11 bankruptcy Monday. COVID-19 was to blame for the actions.

The hydraulic fracturing and cementing company notified the Oklahoma Office of Workforce Development that the 60 workers will be laid off sometime in the next two weeks. At the same time, the company announced it had filed Chapter 11 reorganization in the Bankruptcy Court of the Southern District of Texas.

The company said as part of the filing, it intends to sell its assets and is in active discussions with bidders for both the cementing business and portions of the fracturing business.

“Despite maintaining a leading market position and strong client support, the severe downturn in activity and subsequent lack of liquidity resulted in an unmanageable capital structure. After exhausting every possible alternative to address these issues and improve our liquidity, we have made the very difficult decision to proceed with a Chapter 11 process,” he said.

The company stated that it is developing a plan with its stakeholders to minimize disruption to current client activity as much as feasible and will be reaching out to clients to discuss available options. Leaders will be working with lenders to procure liquidity to fund the sale and wind-down through the Chapter 11 process. 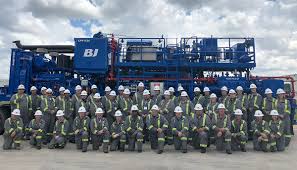 BJ Services is filing several customary “First Day” motions with the court, which are intended to support the Company’s efforts during the chapter 11 cases. Among these is a motion to continue providing wages, salaries and benefits to those employees that continue working during this period.

In addition to its operations in the United States, BJ Services has a presence or operates in most major basins throughout Canada. Accordingly, in conjunction with the Chapter 11 filing, BJ Services’ Canadian affiliate will be filing cases seeking protection under the Companies’ Creditors Arrangement Act (CCAA) in Canada to facilitate an orderly wind-down of those operations.

BJ Services is a leading provider of hydraulic fracturing and cementing services to upstream oil and gas companies engaged in the exploration and production of North American oil and natural gas resources. Based in Tomball, Texas, BJ operates in every major basin throughout U.S. and Canada.