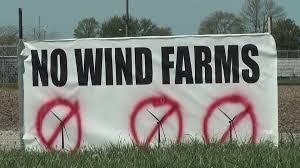 The moratorium that one county in North Dakota has in effect for wind farm permits will continue following action by commissioners this past week.

It is in Mercer County where the commissioners want their planning and zoning board to take a closer look at the county’s wind farm policies. As the Bismarck Tribune report, the moratorium passed in May will remain in effect for two more years.

“We just need some time to analyze it and protect the wind farm advocates and the residents of Mercer County,” Commission Chairman Marvin Schwehr said.

The moratorium comes as developer Capital Power seeks to build the Garrison Butte wind farm north of Hazen and Stanton in the middle of North Dakota’s coal country, which is bracing for the closure of the state’s largest coal-fired power plant in 2022.

A Capital Power spokeswoman said the company has worked with the county and community for six years on the project, which would add to the area’s tax base, provide long-term lease payments to landowners and support community initiatives.

“We’re prepared to make a significant investment to Mercer County that will bring millions of dollars in benefits to the area,” spokeswoman Tricia Johnson said in a statement to the Tribune. “A wind moratorium may block those financial benefits from coming to the region.”

She said the company is prepared to work with the county and believes “that if officials join us in constructive dialogue, we can address the stated concerns.”

Commissioners at a hearing in early July heard from coal supporters who asked to keep the moratorium in place, as well as landowners who leased land for the proposed wind farm and want to see the moratorium lifted.

Among the steps the county commission could consider as it reviews its policies is whether to impose a requirement that in order to receive a county permit, a wind farm must first secure an agreement with a power purchaser and receive authorization to connect with the regional power grid. State’s Attorney Ladd Erickson from neighboring McLean County raised the idea at the hearing and billed it as a way to protect landowners. His county earlier this spring also passed new zoning rules targeting wind power.

Commissioner Duane Scheurer said that, as a landowner, he has dealt with another wind project that ran into roadblocks and never came to fruition.

“The landowners were just sitting there not knowing where this was going,” he said.