Man gets 30 years for shooting at Norman wind manufacturing office 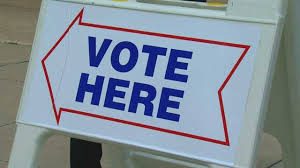 Republican Oklahoma Corporation Commissioner Todd Hiett faces a challenge in Tuesday’s primary election as he attempts to win re-election. First elected to the Commission in November of 2014, he took his oath of office in January 2015.

Hiett is being challenged by Harold Spradling, who is 85 and from Cherokee and previously ran unsuccessfully against Corporation Commissioner Bob Anthony when he sought re-election in 2018.

He has cited his career as a pastor, teacher and counselor.

The winner of the GOP primary will face Libertarian Todd Hagopian in November.

Hiett was elected to the Oklahoma House of Representatives in 1994 at the age of twenty-seven. Hiett quickly ascended into leadership and was selected by his colleagues to be House Minority Leader in November of 2002. Two years later, he led the state House Republicans to their first majority in eight decades and their largest victory in nearly a half-century. Marking a historic shift in power at the Capitol, Hiett was chosen the first Republican Speaker of the House in more than eight decades.

After a successful twelve years in the Oklahoma Legislature, Speaker Hiett worked eight years with various entities in the manufacturing, navigation and energy industries. In this role, Hiett enjoyed the opportunity to work with many pro-growth companies such as Webco Industries and Callidus Technologies to strengthen and expand their ability to provide jobs.

Most recently, Hiett was elected to serve as Chairman of the Oklahoma Corporation Commission, effective April 1, 2019.