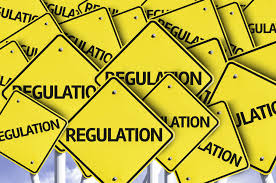 Three years after a home explosion caused by a leaking gas line killed two men, Colorado regulators Wednesday adopted new rules to guard the integrity of oil and gas wells and protect groundwater resources — rules industry and environmental groups both called the most comprehensive in the country.

The Colorado Oil and Gas Conservation Commission adopted the rules unanimously after a day-long hearing conducted on the Internet conference service Zoom, during which the regulations drew praise from all sides and from every corner of the state reported the Colorado Sun.

The regulations call for more steel casing and cement in drilling wells to protect groundwater and require that every well in the state be pressure tested every year.

Adopted after extensive negotiations among industry, environmental and local government representatives, the new rules are “chock-full of protective policies,” said Adam Peltz, a senior attorney with the Environmental Defense Fund, who was one of the prime negotiators and has spent nearly a decade promoting well-integrity rules.

“These are the strongest in the county,” Peltz said, “and I have reviewed every state’s well-integrity rules at length.”

Peltz’s words were echoed by Brian Cocchiere, who has been involved in drilling across the West and testified as a representative for PDC Energy, Colorado’s third largest driller. “These are the strongest rules in existence,” he said.

The support for the regulations – endorsed by both the Sierra Club and the American Petroleum Institute – was the product of months of intensive negotiations that didn’t conclude until Tuesday night.

“We learned we have a lot of similarities when it comes to protections,” Cocchiere said. Peltz and Cocchiere both said the deliberations were “fun.”

After a well is drilled, metal casing or pipe is placed down the hole and cement poured between the outside of the casing and the edge of the well. The casing and cement are designed to keep oil and gas in – especially when passing through groundwater formations – and keep water and foreign material out of the well.

The new rules double the minimum length a well must be cased to 10% of its depth and also increases the amount of cement used.

Steel casings must be tested before going into the well, and additional checks on the cement job are required.

Groundwater zones have to be protected with casing and cement jobs, especially groundwater formations that are being used for drinking water or could be in the future.

COGCC Chief of Staff Julie Murphy said “the most important step forward” was the requirement for more comprehensive pressure tests on wells, including that all 52,000 wells in the state be tested at least once a year.

Murphy called it a “health check” on the state’s wells.

The pressure tests are a way of gauging if the wells are intact and performing and can withstand the rigors of operation, including hydrofracturing, or fracking, when large volumes of fluid are pumped into the well under pressure.

The rules also increase transparency on operations so local governments, water-well owners and the public can find out what precautions are being taken on individual wells to protect groundwater and drinking water supplies.

Commissioner Howard Boigon noted that the regulations were the product of a process that began in 2017 after a leak in a well pipe caused a house in Firestone to explode, killing two people and severely injuring a third.

Then-Gov. John Hickenlooper called for an independent audit of the state’s well integrity regulations, which became the foundation for the rules adopted Tuesday.

“This is a process to be honored and emulated,” Boigon said. “The fact that all the major stakeholders came together to craft these rules and work through their differences … is quite extraordinary.”