Oil and gas rig numbers fall in Oklahoma and the US 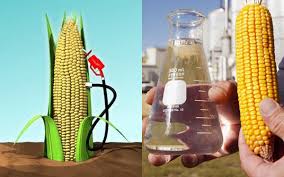 The retroactive petitions mark an effort by companies to make them eligible to receive waivers freeing them from current biofuel blending requirements.

EPA’s small refinery exemption dashboard was updated Thursday to show petitions that go back to the beginning of the program in 2011.

The agency had issued a blanket waiver for all small refiners in 2011 and 2012, but observers have said the six applications for each of those years may be for refineries that were not eligible at that time.

The posting drew outrage from biofuels groups that have called on the agency to renew its transparency pledge.

Emily Skor, CEO of Growth Energy, told DTN in a statement the agency’s action is a “blatant attempt to dodge the law at the expense” of rural communities.

“EPA’s dashboard confirms that the refiners hope to rewrite years of history, just to bypass the 10th Circuit Court and push more biofuels out of the marketplace,” she said.

“It’s an insult to American farmers, biofuel workers, and to rural families struggling to rebuild in the wake of COVID-19 after years of regulatory abuse. EPA should reject this attempt to game the system. The last thing farm states need is another long legal battle fueling uncertainty in the agricultural supply chain.”

Geoff Cooper, president and CEO for the Renewable Fuels Association, said the latest move by refiners is a “scam.”

“This ‘gap year’ waiver ploy is as surreal as it is appalling, and certainly the courts would frown upon EPA flouting another unequivocal decision,” Cooper said.

“It is beyond absurd that refiners who didn’t even ask for an exemption or claim hardship in the past are now asking for waivers dating all the way back to 2011. EPA should swiftly deny these waiver requests and immediately adopt the 10th Circuit decision nationwide.”

The agency has declined to share even the number of those filings made until Thursday. DTN has a pending Freedom of Information Act request for that information. 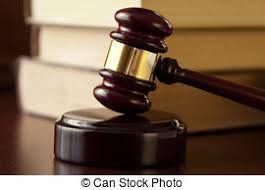 The U.S. Court of Appeals for the 10th Circuit in Denver ruled back in January the agency illegally granted exemptions to three small refineries. In that case, the court said the refiners were not eligible for exemptions because they had not previously received them.

Wheeler indicated in testimony May 20 before a U.S. Senate committee that EPA had received requests for previous years.

“On the same day, U.S. Department of Energy Under Secretary Mark Menezes confirmed that EPA is ‘sending over’ past-year petitions for DOE review,” the June 9 letter said.

“Mr. Menezes described the petitions as ‘gap filings’ intended to reconstitute after-the-fact a continuous string of exemptions for select oil companies ‘to be consistent with the 10th Circuit decision.’ This attempt to circumvent the courts and the RFS should be rejected out of hand.”

On May 27, DTN asked EPA for the number of gap filings received. A spokesperson for the agency directed DTN to the EPA dashboard. The dashboard at the time, however, did not list the number of new requests made for previous compliance years. When pressed further, the spokesperson responded, “We have nothing further to share at this time.”

On Jan. 24, the court ruled EPA didn’t have the authority to issue small-refinery exemption extensions to three companies that were not originally granted waivers in 2017 and 2018.

The court also found EPA “abused its discretion” by not explaining its conclusion that a small refinery could suffer disproportionate economic hardship while also maintaining refiners passed on RFS compliance costs to consumers at the pump.