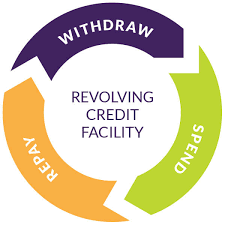 Tulsa-based ONEOK made a filing with the Securities and Exchange Commission reflecting an extension of its $2.5 billion revolving credit agreement.

The filing indicated it was a second amendment to the agreement dated April 18, 2017 with Citibank, N.A. It requires ONEOK to maintain a leverage ratio as of the end of each fiscal quarter of no more than 5.0 to one.

The leverage ratio is equal to ONEOK’s consolidated indebtedness as of the end of each fiscal quarter to (ii) adjusted EBITDA (EBITDA, as defined in the $2.5 Billion Credit Agreement, adjusted for all noncash charges and increased for projected EBITDA from certain lender-approved capital expansion projects) for the four-quarter period ending on such date.

The Amendment amends the $2.5 Billion Credit Agreement by, among other things, modifying the leverage ratio so that ONEOK might net up to $700 million in unrestricted cash and cash equivalents on a consolidated basis against its consolidated indebtedness for purposes of calculating the ratio’s numerator for the fiscal quarters ending on June 30, 2020, September 30, 2020, and December 31, 2020.

The foregoing description of the Amendment is not complete and is in all respects subject to the actual provisions of the Amendment, a copy of which has been filed as Exhibit 10.1 to this Current Report on Form 8-K and which is incorporated by reference herein.