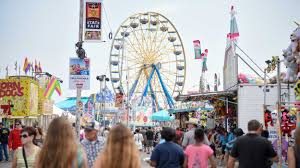 September won’t be the usual time for the Oklahoma State Fair to be held in Oklahoma City because officials of the historic event have canceled the fair due to the COVID-19 health crisis.

In making the announcement on Friday, Timothy O’Toole, President and CEO of Oklahoma State Fair, Inc. explained, “The safety and well-being of the Oklahoma State Fair’s visitors, participants and community is the highest priority in producing “Oklahoma’s Premier Family Attraction” each year.”

He said following “extensive communications with our many partners” including other state fairs, national touring acts, state and local officials, “it became clear to the Oklahoma State Fair’s Board of Directors that cancellation was the prudent choice for 2020 and the correct course of action for the Oklahoma State Fair to do its part for community health and safety and to mitigate the potential spread of infection.” 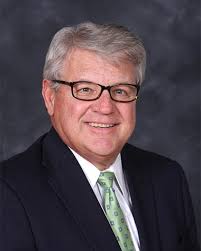 O’Toole said those behind the fair are saddened for the businesses, large and small that rely on the income and exposure the State Fair brings them annually.

“We are also heartbroken for our staff, who have worked so diligently on planning for this year’s Fair; the competitors and exhibitors, who take part in our various creative arts, horse and livestock events; and of course, the general Fairgoers who look forward to attending the Fair each year.”

In his announcement, O’Toole said he and others behind the fair look forward to brighter and better days ahead.

“Until then, stay safe, be well and support each other. We look forward to welcoming you back to the Oklahoma State Fair in 2021.”