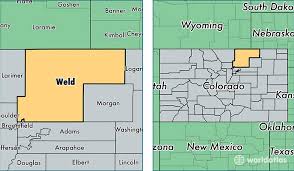 Oil production in Colorado’s top producing county dropped by 60% from March to April as energy producers shuttered thousands of wells in the wake of the beginning of the COVID-19 pandemic.

The number of producing wells at  Colorado’s largest oil producers plummeted from 22,896 in March to 16,831 in April, according to production figures from the Colorado Oil and Gas Conservation Commission. The amount of oil extracted from those wells fell by 57% over the course of two months, from 14.07 million barrels to just 6.03 million, while natural gas production dropped from 91.25 million metric cubic feet to 40.21 million.

Energy companies are required to submit production figures for their operations in Colorado within 45 days after the end of a month, and the COGCC takes up to 10 days to make that information public. Wednesday marked 55 days since April 30 of this year.

BizWest Media reported the data shows the extent to which operators in Northern Colorado have had to pull back from the start of the pandemic in the U.S. to the depths of stay-at-home orders reducing the need for fuel to power cars on commutes, planes in the sky and destabilization in transport and freight supply chains.

That sudden and dramatic drop in demand was matched by a production and price war during the two months between Saudi Arabia and Russia, the world’s second- and third-largest oil producer nations behind the U.S., further depressing global oil prices.

West Texas Intermediate, the U.S. benchmark for oil prices, hovered around $20 per barrel for weeks during the spring, and while it has recovered to hovering just below $40 per barrel through June, it’s far below what oil producers budgeted for at the start of the year.

Morgan Bazilian, director of the Payne Institute at the Colorado School of Mines, told BizWest via email the steep production cuts are a signal of greater distress within the oil industry.

“It is clear from these numbers that Colorado is not immune to the vagaries of national or global markets or global crises,” he said. “…Even with some price recovery signs from oil markets, the overall short-term forecast remains bleak in my opinion.”

As of June 19, 60% of oil storage capacity in the Rocky Mountain states was occupied and 62% of the U.S.’ entire storage capacity was filled, according to the latest data from the U.S. Energy Information Administration. Those are both close to record levels of oil in storage set in March 2017.