Legalized marijuana expected to result in higher electricity use

No change in leadership of BLM 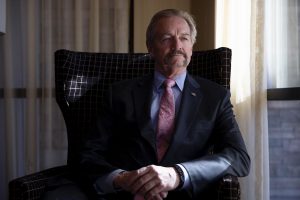 William Perry Pendley will remain in charge of the Bureau of Land Management after the Interior Department took a different approach to extending Pendley’s time at the helm of the agency, possibly due to a pending lawsuit.

“The leadership of the BLM will not change,” Interior spokesman Conner Swanson said Friday.

Pendley has been serving as BLM acting director since last July, based on orders by Interior Secretary David Bernhardt delegating the authority to run the agency to Pendley, and then repeatedly issuing orders extending that delegation. Pendley’s latest, monthlong extension ran through Friday according to the Grand Junction Daily Sentinel.

Pendley’s official job with the agency is deputy director of policy and programs. President Trump never has nominated anyone to serve as BLM director, a nomination that would be subject to a U.S. Senate confirmation process.

As acting director, Pendley has overseen the BLM’s relocation of most of its jobs in Washington, D.C., to various locations out West, including its new headquarters in Grand Junction.

Unlike in the case of the past orders from Bernhardt, no expiration date applies to the succession order for Pendley, and Bernhardt issued no written order on the matter.

Last month PEER and the Western Watersheds Project sued over Bernhardt’s ongoing appointments of Pendley to run the BLM and David Vela to lead the National Park Service in acting capacities. Vela’s latest appointment as acting director was to expire Friday but also has been extended.

Jenkins thinks the lawsuit precipitated the change in approach by the Interior Department in keeping them on as acting directors. He said the legal challenge will continue, although the suit may have to be amended.