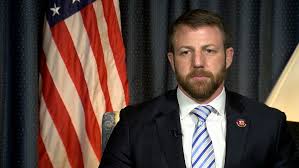 Congressman Markwayne Mullin (OK-02) on Tuesday introduced the Promoting Cross-Border Energy Infrastructure Act, which would encourage and promote the construction of energy infrastructure across border lines with our North American neighbors.

“Energy production in the United States plays a vital role in our country’s job creation and economic growth,” Mullin said. “This legislation simplifies the construction and operation of energy facilities that cross international borders. It restructures the process so cross-border pipelines can deliver lower costs to consumers and create additional jobs in the energy field, rather than energy projects being politicized or hung up in regulatory uncertainty.”

By streamlining the construction and operation of international border-crossing facilities used for the import and export of oil, natural gas, and electricity, the United States can more efficiently continue the trade of energy products with neighboring countries.

Mullin introduced this legislation last Congress and it passed the House by a vote of 254 – 175.