Oil and gas producers far from optimistic about improved industry 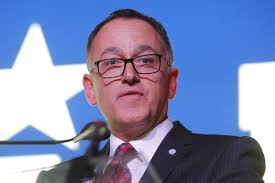 Oklahoma state Treasurer Randy McDaniel’s monthly Oklahoma Economic Report has been released and in it, he discusses how the state’s oil and gas industry is “hit particularly hard.”

He points out how when the price war between OPEC and Russia was initially triggered by a price war in February,  West Texas Intermediate crude averaged $50.54 a barrel.

By April 20, crude oil prices plummeted to negative territory before settling at $19.23 at the end of the month. When McDaniel prepared the June monthly report, crude had risen above $37 per barrel but actually reached more than $40 the week his report was released.