Kansas to get another wind farm 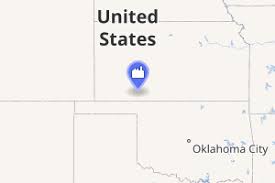 More companies across the U.S. are choosing to buy wind energy and are choosing Kansas wind to power their organizations, according to a recent report from American Wind Energy Association. Kansas is the third largest state for wind energy capacity.

Companies are buying more wind energy than ever before, taking up about 10% of the market, as prices have dropped 70% since 2009, according to Celeste Wanner, research and analytics manager for the American Wind Energy Association. Last year, corporate buyers bought almost twice as much wind energy than the past five years combined, according to the report.

Kansas is home to 39 wind farms with a total of 3,160 total turbines, ranking 5th in the nation, according to Riley Scott of Boost Kansas, the Kansas coalition for the American Wind Energy Association.

Kansas is second in the nation for production, as 41% of the state’s electricity is from wind.

“Wind energy is actually one of the lowest cost sources of electric generation in many parts of the country,” said Wanner. “Businesses are increasingly recognizing that and both want to meet sustainability goals and buy clean energy, but also it really makes sense for their bottom line to be signing these wind energy contracts.”

There are over 15 companies currently purchasing from Kansas, with the top being Google, Royal Caribbean Cruise Lines, Microsoft and T-Mobile, according to Wanner. Target, Home Depot and Kohler also buy a significant portion.