New report critical of lack of controls on flaring in Texas 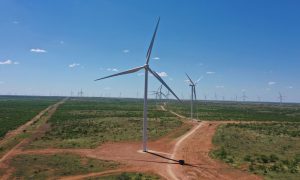 “It’s quite a challenge for companies to move this quickly toward 100% renewable power,” Kinghorn told Environment + Energy Leader. “By participating in the Mesquite Star project and checking the box on our renewable electricity goal, it’s freed up resources and bandwidth for our team to move on to a much more aggressive climate goal.” Last September Intuit announced a climate positive “50 times by 30” target that would result in a reduction of 2 million metric tons of carbon dioxide by 2030. 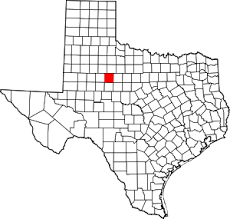 Lowe’s, which has committed to reducing their carbon emissions footprint by 40% by 2030, signed an agreement for 100 MW from the wind farm. Chris Cassell, Lowe’s director of corporate sustainability, said that would generate enough to power the equivalent of 143 stores in Texas.

The water, hygiene, and infection prevention solutions and services company Ecolab signed a virtual power purchase agreement (VPPA) with Clearway for energy from the wind farm. Ecolab’s senior vice president and chief sustainability officer Emilio Tenuta said that this covers 100% of the company’s electricity use in the United States, and helps with their goal of cutting carbon emissions in half by 2030.

For Brown University, the power purchased from Mesquite Star offsets about 30% of their campus electricity, and is expected to cut their net campus emissions by 15%. The university aims to reach net zero carbon emissions by 2040.

The Mesquite Star wind farm was built by Blattner Energy using Siemens Gamesa Renewable Energy wind turbines and a tax equity investment by BHE Renewables, according to Clearway. Construction on the facility began in May 2019, with a total of 118 wind turbines planned.

Clearway said that the wind farm is located in one of the windiest corridors of West Texas. Citing numbers from the American Wind Energy Association, the developer added that wind energy is a $46.5 billion industry in Texas.