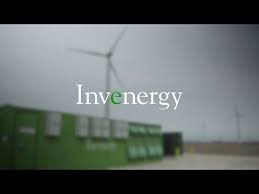 Renewable energy company Invenergy is giving up on construction of a wind turbine project in southwest Missouri because of proximity to an airport and the damage its turbines would do to eagles.

“Invenergy has decided to change course in Barry County,” said Meredith Jeffrey, manager of renewable development for Invenergy, in a statement to The Times.

The Monett Times first revealed the company’s plans in April 2019.

For nearly three years, the Chicago-based firm has pursued land lease contracts exploring the potential for building approximately 100 wind turbines between Cassville and Monett. These would have been approximately the same size was the first wind farm Empire District Electric built in Beaumont, Kan., using 100 2.5 megawatt wind turbines.

A company representative called Northern Barry County Commissioner Gary Schad two weeks ago with the news. Schad, himself a lease holder with the company, had been trying to contact a company representative for approximately six months to arrange a meeting for Dennis Pyle, Monett city administrator, to discuss concerns the City of Monett had over the proximity of turbines to the Monett Regional Airport.

“Our interest in meeting with them was to review their plans to see if the Monett Regional Airport would be impacted by the location of their turbines,” Pyle said. “That meeting never took place. As an electric service provider, the City of Monett is interested in renewable energy and expanding our resource mix that already includes wind, gas and coal resources. The city may have an interest in procuring a local source of wind energy, but we have to balance that with concerns for the operation and future expansion of our airport and electric generator’s potential impact on our airport tenants and users.

“The city of Monett certainly isn’t opposed to the placement of wind turbines in Barry and Lawrence counties, but we’d like for our concerns to be understood and addressed early in the planning stages.”

According to Barry County Recorder of Deeds Danielle Still, Invenergy secured 34 leases with 33 property owners for their project. A total of 23 cancellations came in electronically on Wednesday morning, Still said. She expected the remainder were awaiting notarization before she received cancellations on them as well.

Schad said those who signed up received a signing bonus and an annual fee, plus a larger amount if a test tower was placed on their property.

“I was on both sides of the fence on the issue,” Schad said. “On the sights and sounds, I was not a big fan of the turbines. I think there are better places farther west with fewer people that are better suited.

A number of naturalists expressed concerns about the threat of wind turbines to eagles that winter around Wheaton and Roaring River State Park.

Schad said he had not heard much about the eagles, but knew the company had concerns about damaging the local bat population. His father, Phil Schad, has two test towers on his property. Invenergy set up a trailer there as well with a radar mechanism to monitor bats and possibly detect movement by endangered bat species.

“The thing about this area is we’ve got the wind, but the demographics and geography just are not conducive for wind towers,” Schad said. “We’ve got too many small concentrations of homes and two airports. It’s not so good when you look at the details.”

Officials in Sedgwick County, Kan., which includes Wichita, on Aug. 21, 2019, adopted a resolution blocking construction on wind turbines within 10 miles of an airport. The concerns focus on how turbulence from the turbines could have unknown consequences to air traffic.

Tom Chandler, regional manager for the Central Southwest with the Aircraft owners and Pilots Association, shared concerns with Purdy-based pilot Mark Ingram, who voiced concerns about how Invenergy’s wind turbines could impact his private airport.

“Most pilots and even airport operators don’t realize it yet, but this issue is threatening the vitality of airports across the country, especially in the Midwest,” Chandler said.

Invenergy held private meetings with landowners who were potential leasers, but no public sessions. Two invitation-only meetings were held in late 2018 and early 2019, one at the Monett City Park Casino and another at the Purdy school. Invenergy personnel also frequently changed, which made tracking the company’s plans more difficult.

As power producers and not as a utility, the company’s activities did not fall under oversight by the Missouri Public Service Commission.