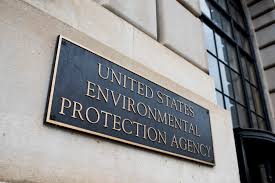 The EPA is reopening its Washington headquarters on June 23, according to an internal email sent Thursday night.

Employees will “have the option to return to the office,” wrote Donna Vizian, the Environmental Protection Agency’s principal deputy assistant administrator for the Office of Mission Support.

The reopening also applies to the EPA’s satellite office in Arlington, Va., Vizian wrote in the email, which was obtained by Bloomberg Law.

The move puts the agency’s largest workplace into the first stage of President Donald Trump’s three-phased coronavirus reopening plan. That phase will last at least two weeks, after which agency leadership will decide whether to move on to the next step.

Until then, EPA workers in the Washington region are encouraged to telecommute, Vizian said.

The Federal Triangle Metro station, which is next to the headquarters office, remains closed, meaning rail commuters will have to walk about four blocks from the nearest open station.

The EPA’s workers and their unions continue to push back against the agency’s reopening plans, saying the data doesn’t suggest it’s safe to bring workers back and that they’re not convinced they will be able to maintain social distancing either at work or while commuting.

The decision to reopen was based on a combination of factors, including an objective assessment of the criteria of the commuting area; city, state, and county reopenings; and “the agency’s top commitment to provide a safe and healthy workplace,” Vizian wrote.

The city of Washington is already in Phase 1. Mayor Muriel Bowser has said the city will move into Phase 2 on June 22.

Also on Thursday, EPA chief Andrew Wheeler said in a separate internal email that the agency’s offices in lower Manhattan and Ann Arbor, Mich., will enter a seven-day closure on June 22 to kill any remaining coronavirus that may be alive in the buildings. After that, the agency will review the data and decide whether to move those offices into Phase 1.

The EPA recently began sharing with employees the data that guides its office reopenings by way of a new software tool containing detailed coronavirus data from across the country.

Earlier this month, Jennifer Orme-Zavaleta, the EPA’s principal deputy assistant administrator for science, told Bloomberg Law that the recent large protests in the nation’s capital and nationwide over the killing of George Floyd by Minneapolis police could reverse progress in slowing down the virus across the country.

“It will not be surprising if we see an uptick in cases,” she said. “Whether that uptick is enough to change the trend line, we’ll just have to see.”