Court rules against family of dead trucker in Texas 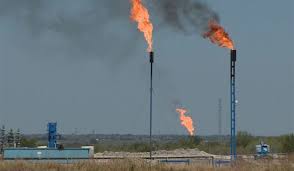 Houston’s EOG Resources and the state of New Mexico announced successful results of a joint pilot project aimed at reduction of methane gas flaring from the state’s oilfields.

EOG, a firm with extensive drilling operations in Oklahoma worked with New Mexico’s Oil Conservation Division, according to a report by the Carlsbad Current-Argus.

Flaring, or the burning of natural gas associated with oil extraction, became controversial as environmentalists argued it wasted a valuable resource and creates air pollution while industry leaders contended the practice was an essential activity in operations to safely pressurize wells and eliminate waste.

The project addressed temporary shutdowns of third party pipelines at a time when operations throughout the industry were curtailed due to shrinking fuel demand and oil prices amid the COVID-19 pandemic.

Gas was looped back into active wells during an outage instead of flaring it and reintroduced the gas back into the system when pipeline operations were restored.

The project marked the first time any such technology was used in New Mexico and could not only reduce flaring but allow the captured gas to return to production and be sold instead of released into the atmosphere through flaring.

Adrienne Sandoval, director of the OCD said cutting flaring was a major goal of the Division, and the State intended to work with industry leaders to develop solutions.

EOG’s successful trial of this pilot project could provide a creative and effective solution to reduce flaring in the oil and gas industry, which is a top priority for this administration.”

EOG Chief Operating Officer Billy Helms said the company was “committed” to reducing greenhouse gas emissions created by the industry and partnering with the state to develop solutions to protect the environment while making operations more cost-efficient.

“EOG is committed to reducing greenhouse gas emissions from our oilfield operations, and we are grateful for the opportunity to collaborate with the state to develop technologically-innovative projects that both support economic growth and environmental stewardship,” Helms said.

“We commend the administration’s efforts, and we look forward to proactively working together on future projects.”

A report from energy research firm Rystad Energy said carbon dioxide (CO2) emissions related to flaring could see a record low levels in the Permian Basin by the end of 2020, as production continued to slow to meet a lower market demand.

While the average level of CO2 at about 8 kilograms (kg) per barrel of oil produced in March, the report estimated it could drop as low as about 4 kg of CO2 per barrel by November.