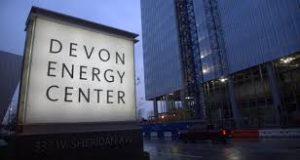 The results of Devon Energy’s annual meeting this week are official as shareholders gave approval to a 2019 incentive pay plan that had been opposed by some proxy advisers.

A reported 61% of the votes supported the company’s plan of a 2019 performance-related stock awards for top executives at Devon.

The plan had been opposed by Institutional Shareholder Services, a firm that was concerned about the pension program and filed its opposition with the Securities Exchange Commission. ISS felt Devon’s standards under the 2019 plan were not as rigorous as the previous year.

ISS also raised the issue of age credits given to two Devon executives when they left the company. But Devon defended  the credits and explained the company had no intention of making age credits a practice.