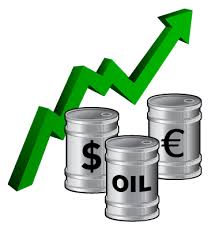 Oil futures were up in Monday’s trading and analysts credited improved energy demand, even as the world pandemic from COVID-19 has grown.

“As global demand recovers, oil’s natural inclination is to go higher, since current prices are below the economic threshold for most producers,” Manish Raj, chief financial officer at Velandera Energy, told MarketWatch.

The market saw upbeat economic data over the weekend from China, the world’s biggest importer of crude. Industrial profits in China for May were up 6% from a year earlier, representing the first increase in 2020, official statistics released over the weekend showed.

There are also signs of further slowdowns in oil production. “To sum up the American producers’ standpoint, domestic rig count is down 73% from last year,” so oil has resumed its trend upward, said Raj.

Still, “the greatest spoiler last week was the recovery in U.S. oil production by 500,000 barrels a day,” as reported by the Energy Information Administration, he said. “Traders now fear that at least some of the shut in wells…could quickly spring back and spoil the recent recovery.”