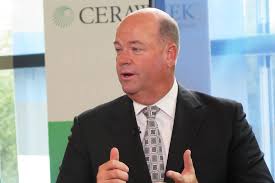 The chairman and CEO of ConocoPhillips says the company is giving careful consideration to returning most or all of its wells to full production.

In a video-taped interview, Ryan Lance said the goal is to “bring investors back into the business.” He also revealed about a third of the company’s wells are shut-in because of the COVID-19 crisis.

Lance said in the interview with CERAWeek Conversations that the company has been able to survive without layoffs.

In a new conversation with Daniel Yergin, vice chairman, IHS Markit , Lance talks about how strategic reassessments coming out of the last oil price collapse enabled the company’s resilience during the pandemic; the importance of maintaining an investor’s perspective­­­; why consolidation is needed to put assets in “more rational hands, and run them for returns,” and more.

Watch the complete video at: www.ceraweek.com/conversations