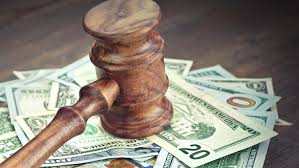 New Mexico regulators are proposing thousands of dollars in fines for two companies accused of illegally dumping produced water from oil and gas operations in the southeastern part of the state.

The state Oil Conservation Division said Wednesday the water was dumped on state trust lands and on a road in Lea County, according to the Associated Press. Officials said the violation occurred in March and involved a water tanker load containing some produced water.

The allegations against Windmill Trucking of Lovington and Texas-based Advance Energy Partners Hat Mesa involve the transport of the produced water without a proper license, dumping produced water on public land and failing to report the release to the state.

Isidro Esparza, the owner of the trucking company, denied the state’s claims. He told The Associated Press that he started his business almost a decade ago and has never had any problems so the allegations surprised him.

A message seeking comment was left at the Houston office of Advance Energy Partners Hat Mesa.

New rules adopted in February allow the Oil Conservation Division to issue administrative penalties for violations of the state Oil and Gas Act. Fines start at $2,500 a day for each violation and can go as high as $10,000 a day for violations that pose a risk to the environment or public health and safety.

State officials said the Texas-based company faced a penalty of $7,600. An $8,700 penalty was assessed against Windmill Trucking.

Oil Conservation Division Director Adrienne Sandoval said the illegal dumping of produced water is a violation of the law and a concern to communities throughout Lea and Eddy counties, which include parts of the Permian Basin.

The division said it’s ensuring that the companies involved are tightening up their practices to prevent any issues in the future.