Denver-based Extraction Oil and Gas, a company that focused its operations entirely on the Wattenberg Field of the Denver-Julesburg Basin in Colorado has filed Chapter 11 reorganization bankruptcy in the U.S, Bankruptcy Court for the District of Delaware.

Shares fell at least 30% in Monday’s pre-market trading after the company announced it voluntarily filed for petitions for relief.

“After months of liability management and careful analysis of our strategic options, we determined that a voluntary chapter 11 filing with key creditor support provides the best possible outcome for Extraction,” said Extraction CEO Matt Owens according to Yahoo Finance.

At the same time, XOG revealed that it has obtained a committed $125 million debtor-in-possession financing facility, with $50 million in new money, up to $15 million of which will become immediately available upon the Bankruptcy Court’s order, and a “roll up” of $75 million of revolving loans under Extraction’s existing revolving credit agreement.

The DIP Facility is underwritten by Wells Fargo Bank, National Association and the $50 million in new money is financed by certain existing lenders.

According to Extraction Oil & Gas, this funding would provide sufficient liquidity during the chapter 11 cases to support its continuing business operations and minimize disruption.

And to ensure a ‘swift exit from chapter 11’, XOG also announced a restructuring support agreement with certain of its unsecured noteholders. 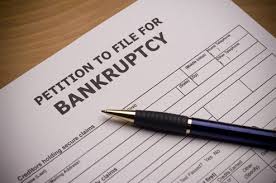 This includes a restructuring plan with significant deleveraging of the balance sheet through a debt-for-equity swap, which XOG says will leave the debtors’ unsecured noteholders with the majority of equity while still providing a meaningful recovery to junior stakeholders.

“Though the company was unable to obtain consensus across its entire prepetition capital structure prior to filing, the company plans to use the chapter 11 process to build consensus for a comprehensive restructuring transaction” XOG stated.

Shares in Extraction have plunged 70% year-to-date, and the stock shows a bearish Moderate Sell Street consensus. The average analyst price target of $0.6 indicated that shares had room to fall even further.

“While the company has some solid assets in the DJ Basin, we think it is not fundamentally designed for oil prices below $50/bbl” RBC Capital’s Brad Heffern wrote back in May after the company provided some cautionary language about its value as a going concern and revealed that it had hired strategic advisors to help pursue a restructuring.

“We see XOG struggling to cover debt maturities in 2024+, and transportation commitments limit the company’s ability to substantially curtail uneconomic drilling” he added.