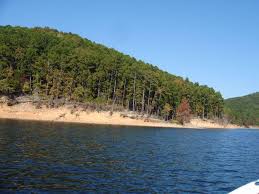 The Oklahoma Water Resources Board recently approved the permits for the amount of water that can be used from the Garber-Wellington Groundwater Basin in Central Oklahoma.

The OWRB held its June board meeting virtually on Tuesday, June 16th. It marked the third consecutive virtual board meeting for the OWRB.

The Board voted to approve the final determination of the Maximum Annual Yield (MAY) for groundwater permits over the Garber-Wellington Groundwater Basin located in Central Oklahoma. The MAY of the basin over a 37-41 year period was determined to be 3,700,480 acre-feet per year. 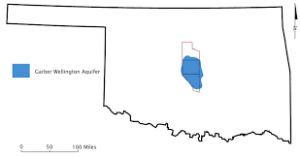 After the United States Geological Study (USGS) completed a hydrologic survey and investigation of the groundwater basin, the Board prepared a tentative order establishing a preliminary MAY for the basin in August 2019.

During a public notice period and subsequent public hearing on October 30, 2019, the Board received letters of support for the tentative order from various communities and water planning authorities overlying the basin. Following those proceedings, a proposed order for the final determination was drafted and presented to the Board at this month’s meeting.

The OWRB’s Executive Director, Julie Cunningham, presented on the agency’s continued service and operations during the recent public health situation, as well as a legislative and budget update. The Board also approved $145.3 million in water and wastewater infrastructure funding for eight Oklahoma communities.