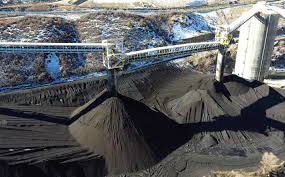 The federal government has approved the expansion of a southern Colorado coal mine near Durango, a move that could see the mine in operation for at least another 20 years.

The Durango Herald reported it’s official: GCC Energy has been issued the lease for its expansion of the King II coal mine in western La Plata County.

On Friday, the Bureau of Land Management announced it issued the lease for the 2,426-acre expansion for the mine about 20 miles west of Durango near Hesperus, which is estimated to contain about 9.5 million tons of recoverable coal.

“The coal reserves in this tract are important for infrastructure projects and will generate millions of dollars for Colorado’s economy,” the BLM’s Colorado Director Jamie Connell said in a statement. “BLM supports working landscapes across the West and issuing this lease is a fine example of that.”

GCC Energy has operated the coal mine near Hesperus since 2007. But in preparation for its coal reserves to run out, it asked the BLM for the expansion to extend the life of the mine by about 20 years. 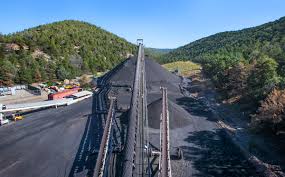 The BLM approved the expansion in October, but as a formality, was required to go through a bidding process. In April, only one bid was received, from GCC Energy, for $3,434,400.

With the lease, the BLM said GCC Energy will pay an annual rental of $3 per acre, along with a royalty payment of 8% of the value of coal produced. Company officials have previously said the mine pays $5 million a year in local, state and federal taxes.

“The BLM lease is one step in a long journey to continue to operate the King II mine,” Gina Lotito, vice president of energy and sustainability, said in a statement. “GCC will continue to work with the county, state and federal organizations to ensure we are good neighbors in the community.”

There was little public opposition to the proposed expansion, save for a handful of residents who raised issues with climate change, truck traffic associated with hauling coal and potential impacts to water quality.

The BLM said it analyzed the potential impacts of leasing the coal resource in an environmental assessment and determined in October a “finding of no significant impact,” which means a larger analysis was not required.

Most of the coal extracted at King II goes to GCC Energy’s parent company – Grupo Cementos de Chihuahua, a multimillion-dollar international cement manufacturer based in Chihuahua, Mexico – for use in cement production.