ATT is cutting 3,400 jobs and shutting down more than 250 stores 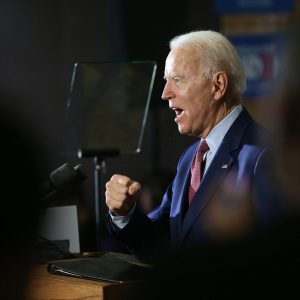 Former Vice President Joe Biden joined a virtual League of Conservation Voters ‘ event Tuesday night, where he pitched green jobs for workers in the oil and gas industry and renewed his pledge against the Keystone XL pipeline.

During the event, Biden was asked about his opposition to the Keystone XL pipeline and how his administration would evaluate fossil fuel infrastructure projects according to POLITICO.

“As president I’m going to restore our position, rescinding the permit issued by Trump for any significant infrastructure projects, including pipelines, support the establishment of a process requiring that there must be a full review and accounting of the impacts on climate, local and environmental health and climate justice before any project can proceed,” he said.

Biden also again pledged to end subsidies for fossil fuels if elected president. He said he would seek a worldwide ban on fossil fuels, ban new fracking on public lands, and hold corporations and executives “personally liable” for pollution if proven that they knew it was happening.

He also pledged to retrain and hire oil and gas workers.

“There are thousands of wells that aren’t capped, that were left uncapped,” he said. “We can create thousands of new jobs right now for those very people who are out of work in the oil and gas industry doing something that helps the environment, providing them good-paying jobs.”

Biden went on to suggest that the International Brotherhood of Electrical Workers could help build the EV charging stations along highways that he’s called for in his climate plan . “We can create a million jobs in Detroit owning the electric vehicle market,” he added.