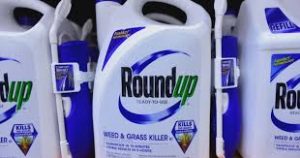 While it’s unclear how it will impact the lawsuits filed by some Oklahomans, German pharmaceutical company Bayer said Wednesday it will pay up to $10.9 billion to settle a lawsuit over subsidiary Monsanto’s weedkiller Roundup, which has faced numerous lawsuits over claims it causes cancer.

In a statement Wednesday, Bayer said it was also paying up $1.2 billion to settle two further cases, one involving PCB in water. The said the Roundup settlement would “bring closure to approximately 75%” of the current 125,000 filed and unfiled claims.

Bayer said it would also pay up to $400 million to settle cases involving the weedkiller dicamba having drifted onto plants that weren’t bred to resist it, killing them.

The agreement is subject to approval by Judge Vince Chhabria of the U.S. District Court for the Northern District of California.

The lawsuit “resolves most current claims and puts in place a clear mechanism to manage risks of potential future litigation,” Bayer CEO Werner Baumann said in a statement. “It is financially reasonable when viewed against the significant financial risks of continued, multi-year litigation and the related impacts to our reputation and to our business.”

A further payment of up to $820 million will be made to settle “most” claims for exposure to PCB, a highly carcinogenic substance, that Monsanto produced until 1977 and which has been found in U.S. waters.

Bayer said it would start making payments this year and these would be financed from existing liquidity, future income, proceeds from the sale of its animal health business and the issuance of additional bonds.

Lawsuits by a handful of Oklahomans who contend their cancers were caused by Roundup use were transferred to California in recent years.