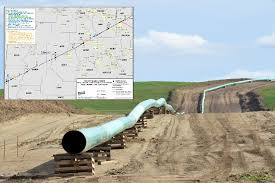 Williams in Tulsa announced that it has placed in service Phase II of the Hillabee expansion project, an important Transco expansion that provides clean-burning natural gas to meet the needs of Florida’s rapidly growing power generation market.

The incremental expansion of the company’s existing Transco pipeline provides capacity to Sabal Trail Transmission via a capacity lease arrangement, enabling direct access from the Station 85 pooling point in Alabama to natural gas markets in Florida.

“I’m very proud of our team for their continued focus and careful execution on the Hillabee expansion – putting this latest phase in service on-time and on-budget while delivering in a safe and environmentally responsible manner,” said Micheal Dunn, Chief Operating Officer for Williams.

By maximizing the use of the existing Transco transmission corridor and expanding existing facilities, the Hillabee expansion enabled a substantial reduction in required facilities and land use – minimizing community and environmental impact and allowing Florida power generation customers to efficiently access natural gas supplies on the Transco system. 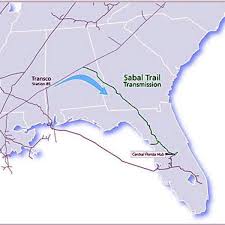 As one of the nation’s largest gatherers, processors and transporters of natural gas, Williams plays a critical role in bringing this clean and affordable resource to electric generation, industry and homes, resulting in cleaner air.

Phase I of the Hillabee expansion project was placed in service in July 2017. Phase II of the project included the construction of approximately 11 miles of pipeline looping, a new compressor at Station 95, and modifications to a compressor at Station 100. The Phase II expansion increases Transco system capacity by 206,660 dekatherms of natural gas per day. Together, Phases I and II increased the capacity of Transco’s system by more than 1,025,000 dekatherms of natural gas per day.

With this expansion, the Transco pipeline’s system-design capacity is increased to 17.6 million dekatherms of natural gas per day. The 10,000 mile of pipeline system is a major provider of cost-effective natural gas services that reach U.S. markets in 12 Southeastern and Atlantic Seaboard states, including major metropolitan areas in New York, New Jersey and Pennsylvania.