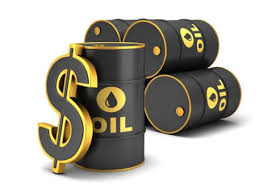 The less than 1% drop left July West Texas Intermediate crude at 33.61 a barrel in trading on the New York Mercantile Exchange.

Natural gas prices on the NYMEX finished up 10 cents and finished Thursday at $1.83 per MMbtu.

Local stocks were varied as SandRidge Energy rose about 2% and finished at $1.62 a share while Chesapeake Energy declined by 50 cents for a 1.5% drop, finishing the day at $35.29 a share.

The American Petroleum Institute reported that stockpiles expanded by 8.73 million barrels last week, according to people familiar with the data, raising questions about the strength of the market’s return to balance. Meanwhile, Chinese lawmakers approved a Hong Kong security legislation, setting the stage for increased tensions with America.

Oil’s rally started to falter Wednesday as Russia indicated it wants to stick with OPEC+ plans to ease output cuts from July. Russian President Vladimir Putin and Saudi Arabian Crown Prince Mohammed bin Salman reiterated their cooperation on the deal ahead of a June 9-10 meeting. While OPEC+ nations have shown high compliance with the current deal, investors are weighing if that will continue.