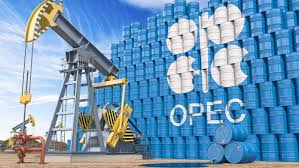 North Dakota officials have launched what they call the Bakken Restart Task Force as Gov. Doug Burgum hopes his state can avoid what he calls an “economic Armageddon.”

The task force was formed to help oil and gas producers recover from falling crude prices due to plummeting demand over the coronavirus pandemic that has struck the world, according to the Associated Press.

State Mineral Resources Director Lynn Helms announced the Bakken Restart Task Force on Wednesday as the number of oil wells in the state has decreased by more than 40% in recent weeks and oil production hit its lowest level in five years.

Helms said in a statement the group is focused on proposals for regulatory relief, economic stimulus, tax relief and low-cost financing. The group is scheduled to meet weekly.

Oil is a key contributor to the wealth of North Dakota, the No. 2 producer in the U.S. behind Texas. North Dakota’s oil production had exploded in the past decade with improved horizontal drilling techniques into the Bakken shale and the Three Forks formation below it. 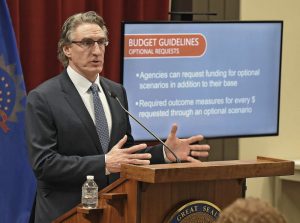 Before the pandemic devastated the U.S. oil industry, daily oil production in North Dakota was at a near-record 1.45 million barrels daily in February, the latest figures available. There were more than 16,100 wells operating at that time.

Helms said Wednesday some 6,800 wells have been idled in recent weeks, amounting to about 450,000 barrels of lost oil production daily, a number he called “staggering.”

Ron Ness, president of the North Dakota Petroleum Council, said oil has dipped to about 1 million barrels daily, the lowest production since 2015. The number of wells that have been idled in recent weeks is more than double the number of all wells in the state in 2006, he said.

“Think about that,” Ness said.

Revenue from oil and gas production accounts for more than half of all tax collections in the state for the current budget cycle and some 72,000 jobs, Helms said.

Burgum called an emergency meeting last month to discuss ways to aid the state’s oil producers that are wracked by falling oil prices.

The Republican governor said at the time low energy prices “feels a bit like economic Armageddon for North Dakota because we have such dependence at the state level for paying our expenses with oil and gas tax revenue.”

The three-member, all-Republican North Dakota Industrial Commission headed by Burgum discussed incentives to bring wells back online, including the potential of using some of the $1.25 billion given to the state as part of the federal stimulus package approved in March.