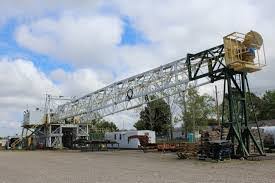 While the nation’s number of active oil and gas rigs fell by 21 in the past week to only 318, Oklahoma’s count stayed unchanged at an even 12 rigs.

Baker Hughes Co. reported the U.S. lost 21 oil rigs in the past week as the count tumbled to 237 while the number of gas rigs remained unchanged at 79. However, this past week’s count of oil and gas rigs includes a slide of 665 total from the 983 reported a year ago.

In the past year, the U.S. has seen a loss of 560 oil rigs and 107 gas rigs. Canada lost two more rigs in the past week leaving only 21 active in the country.

While Oklahoma remained steady at 12 active rigs compared to the 103 a year ago, Texas saw a decline of another 12 rigs leaving 138 drilling for oil and gas in the state. A year ago, there were 481 active rigs in Texas.

The nation’s second highest oil producing state, North Dakota saw a drop of two more rigs, leaving only 14 active in the state compared to the 57 reported last year at this time.

Colorado saw a decline of two to only 6 active rigs while Louisiana, a state with 63 rigs a year ago, remained steady at 35 in the past week.

The Red Top Rig Report published by the Independent Oil and Gas Service in Wichita reported the Kansas rig count stayed at 7 while a year ago, there were 26 active rigs.