Oil futures hit highest level in more than a month

First phase of Keystone XL pipeline is finished at US border

Reshuffling of leadership at Schlumberger 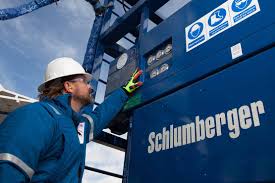 Schlumberger, the world’s largest oilfield services firm, will reshuffle top executives and operations in coming months to deal with this year’s historic decline in the oil industry, according to a memo to employees.

A spokesman did not immediately reply to a request for comment and it is not yet clear how the reshuffling might affect the company’s significant operations in Oklahoma.

The shakeup comes as oil prices have nearly halved this year to $33 a barrel as the COVID-19 pandemic slashed demand and oilfield spending. Schlumberger has cut hundreds of jobs, reduced executive pay by at least 20% and put some low-tech units up for sale.

As part of the restructuring, Schlumberger plans to consolidate its 17 product lines into four divisions to “align with our customer’s workflows,” the memo said. It also will create five “basins” groups over 30 geographic units, replacing what it had called GeoMarkets and sub-GeoMarkets teams.

Le Peuch, who took over last July, named two deputies to run the business and regional operations groups. The new top managers will be in place by July 1, he wrote.

Hinda Gharbi, the most senior woman at the company and its executive vice president over Reservoir and Infrastructure, will become Executive Vice President of Services and Equipment, heading the four product divisions.