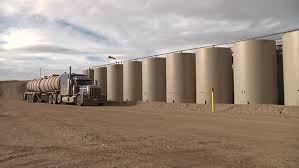 Oklahoma regulators delayed a decision on whether to develop an emergency rule to determine where crude could be stored in off-lease sites.

In a meeting on Thursday, members of the Corporation Commission heard testimony then decided to put off a decision, favoring more testimony in the matter.

Of those who testified Thursday, Terry Stowers of the Coalition of Oklahoma Surface and Mineral Owners told Commissioners, “We don’t want fly-by-nighters setting up storage sites across Oklahoma willy-nilly. We want to be sure the rule does what we intend it to and doesn’t create a bunch of unintended consequences down the road.”

Commissioners are considering the emergency rule to allow upstream and some mid-stream companies and others seeking permission to take advantage of low oil prices and store the crude.

Bud Ice, the Oil and Gas Conservation Division’s field operations manager told commissioners those making inquiries have asked whether they could store crude in intermediate bulk containers. Some of those making the inquiries, he said were landowners as well as service companies trying to save their firms.

Ice said most however, are brokers taking advantage of cheap oil, hoping to get permission to store it in temporary containers so they can sell it later if and when oil prices return to higher prices.

Under the proposed rule, the temporary storage containers could not be located in some floodplains and a permit to build would be needed including a $100,000 surety bond.

Commissioners expressed concern whether a technical conference was necessary before adopting the emergency rule.

“We are facing an extraordinary situation where people are engaging in activities that aren’t a normal part of the business. We are trying to bring some order and safety to what is happening,” said Commissioner Bob Anthony.

Commissioner Dana Murphy said whatever step is taken, the regulators want to ensure that the environment as well as rights of those involved are protected.