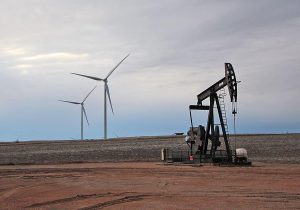 Before the COVID-19 pandemic struck, North Dakota was the second highest oil producing state in the nation. No more.

But the latest update from the North Dakota Bakken Restart Task Force, a group created by the state’s Oil and Gas Division shows 7,500 wells remain shut-in. That is, they were and are still temporarily shut down because of the low prices for crude oil.

The shut down translates into shut-in production of 510,000 barrels of oil a day.

The Restart Task Force reported that only a dozen rigs are still operating in North Dakota along with only one frac crew.

“Most frac supply contracts cancelled through the rest of the year,” stated the task force update. It also said commercial well produced water volumes were significantly decreased and that gas plants were “close to maximum turn down capacity (35%).”