Thousands of wells are shut down in North Dakota 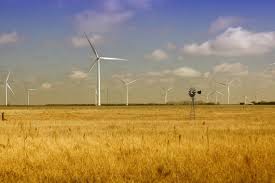 No deadlines or dates were announced, but the Trump administration says it will give the wind industry more time to claim subsidies that were about to expire, a move announced because of the global coronavirus pandemic.

The Treasury Department said it has agreed to change rules governing the key renewable energy tax credits, a win for wind farm owners according to Reuters.

In a letter to Senator Charles Grassley, Frederick Vaughn, principal deputy assistant secretary in the Treasury Department’s Office of Legislative Affairs, said the department “plans to modify the relevant rules in the near future” for the renewable energy tax credits.

He was not specific about what those changes would be.

Vaughn was responding to a letter sent by Grassley and five other senators to Treasury Secretary Steven Mnuchin last month in which they asked for a rule change that would allow a one-year extension to claim the credits for projects that started construction in 2016 or 2017.

An extension is likely to benefit wind energy projects primarily. Wind farms currently can claim a tax credit worth 1.5 cents for every kilowatt-hour of electricity produced if they break ground before Jan. 1, 2021.

“The COVID-19 crisis has disrupted supply chains, construction operations, and permitting timelines, delaying projects otherwise on track to be in operation by the end of 2020,” the lawmakers’ April 23 letter said.

Grassley is a major supporter of the tax credit that has driven expansion of wind farms and related manufacturers over three decades. His home state of Iowa generated more than 40 percent of its power from wind last year.

Renewable energy trade groups said they were encouraged by the letter.

“We look forward to further detail on this critical issue, and extend our appreciation to the Treasury Department for this important step, which will help the renewable sector continue as a key economic driver through this downturn,” American Council on Renewable Energy President Greg Wetstone said in a statement.

Since March, wind and solar energy companies have called on Congress here to help the sector avoid project delays and keep financing flowing by extending deadlines and by making credits available for so-called direct pay, meaning they could be converted to cash.

Changes to the solar tax credit, which is worth 26 percent of a project’s value and falls to 22 percent next year, would have to be passed by Congress.