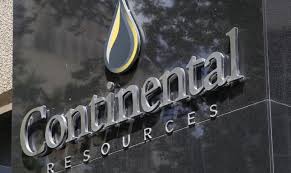 Oklahoma City’s Continental Resources, a major player in North Dakota’s Bakken play is asking the state’s energy regulators to intervene and order a reduction in crude oil production, just like it wants Oklahoma Corporation Commissioners to do.

Known as one of the largest U.S. shale oil producers, the company on Wednesday urged regulators on Wednesday to intervene in the oil market and limit output. Executives argued at a hearing that operators are hurting even though state production has fallen more than half a million barrels a day since prices crashed in March, according to Reuters.

“North Dakota can be a leader as far as action is concerned,” said Blu Hulsey, a Continental vice president, who added the state does not need “to take large action to make a difference.”

“When there is one action by the government, there are three or four unanticipated actions,” said President Ron Ness. 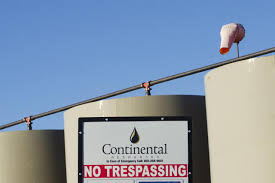 North Dakota is the third U.S. state to evaluate helping the oil industry. Crude oil production in the state has fallen by 510,000 bpd since prices crashed, according to the latest state report.

U.S. oil prices have plunged to around $32 a barrel, about half the level of January. The price collapse has prompted producers to urge regulatory action from states to help the ailing industry.

Texas earlier this month dismissed a motion to implement output limits, while Oklahoma approved an emergency order in April calling some oil production in the state waste, a move that allows some producers to shut wells without losing leases.

Continental founder Harold Hamm sent a letter to the Texas Railroad Commission urging it to support prorationing of oil, but the request by major oil groups in the state was never officially handled.

Oklahoma is considering two separate applications for intervention to stabilize markets. It took one with a possible statewide effect under advisement after being asked by the Oklahoma Energy Producers Alliance to take the action.

Continental also included Hamm’s letter to the Texas Railroad Commission as part of its support to convince Oklahoma regulators to adopt some form of prorationing of crude oil production.

In April, North Dakota weighed financial help for the state’s oil industry, including paying operators to restart wells. Commissioners at the time pushed back on limiting production, calling it “a bridge too far.”