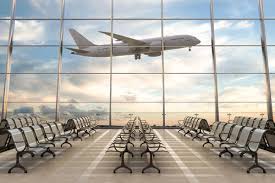 Airline travel is gaining numbers as restrictions are being lifted over the COVID-19 pandemic. More airliners can be seen approaching Oklahoma City’s Will Rogers World Airport where in the past few months, few airliners were seen in the skies above the city.

As a personal note, this reporter would often observe airlines approaching the city high from the west, then instead of flying lower for preparation to land at Will Rogers, the airliners would make a right hand turn and head south, apparently to Dallas-Fort Worth.

But in recent days, a few airlines were back to their standard lowering approach from the west. Obviously, the numbers are still low compared to January, February and early March.

“We have seen a slight uptick over the last couple of weeks of airlines returning flights since the beginning of the pandemic.  However, for May and June departures are still down about 60% over last May and June.  We are thinking July won’t be quite as bad,” said Karen Carney, a spokeswoman for the Oklahoma City airport.

The Transportation Security Administration reported new nationwide numbers reflect a fast-moving increase just in the past week. The higher numbers on the column reflect airline travel a year ago.

So on Monday, nearly 341,000 travelers went through security across the U.S. compared to 2.5 million one year earlier.

As for numbers at Oklahoma City’s Will Rogers World Airport, they have not been made available.

Tulsa has been home to a large number of parked American Airlines planes since the start of the pandemic and the resulting plunge of air activity. 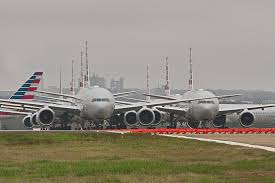 Total operations at Tulsa’s airport in April 2020 involved 3,757 different flights including cargo and military while April of 2019, the operations were 8,112, a decline of nearly 54%.