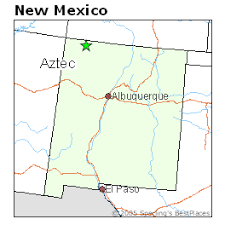 A planned massive solar farm in northwest New Mexico could result in more than 1,100 construction jobs.

The 372-megawatt solar array will be located north of the San Juan Generating Station near Aztec and is the effort of Photosol US.

The company, according to the Farmington Daily Times, hopes to begin construction in 2022 and finish the project in two years.

The array would generate enough electricity to power 91,000 homes and would include 1.3 million solar panels.

Photosol US is a subsidiary of a French company and is headquartered in Lehi, Utah.

After the project is completed, the plant could create up to 31 jobs depending on how it is operated. Those people would make between $35,000 and $50,000 annually.

Photosol anticipates the plant will operate for 35 years and it will cost $8.1 million annually to operate the facility.

But before any of that can happen, Photosol must receive a variance from the Bureau of Land Management that will allow them to construct a solar array on the federal land. If it receives the variance, the project will then undergo an environmental review process required under the National Environmental Policy Act. This will evaluate economic, environmental and cultural impacts of the project. Then a record of decision will be issued regarding whether or not the project can proceed.