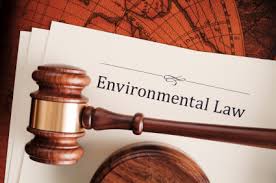 While the Environmental Protection Agency is backing away from enforcing many of the nation’s environmental laws, health officials in Colorado say they will enforce the laws concerning air and water pollution.

“At a time when everyone in Colorado is rallying to fight the spread of a serious respiratory illness, it would be unacceptable for us to allow companies to emit more pollutants into our air and water,” said John Putnam, director of environmental programs at CDPHE, in a statement.

Environmental advocates have been calling on the state to halt issuing new emissions permits during the COVID-19 outbreak because air pollution can make respiratory issues worse. COVID-19 attacks the lungs and so far has killed 150 people in Colorado. The state has recommended an open burning ban but not stopped issuing industrial pollution permits, saying it doesn’t have the data to justify such decisions.

“If we were to do that without adequate data, we would expose ourselves to extensive litigation that may not achieve environmental proposes,” Putnam told The Colorado Independent.

Officials with the Colorado Department of Public Health and Environment sent a letter to companies last Friday stating their plans to continue enforcement of laws aimed at preventing emissions of planet-warming greenhouse and toxic gases and water pollution. The letter comes after the EPA, headed by Andrew Wheeler, a former coal lobbyist, notified companies on March 26 it was halting enforcement of air quality laws and giving states flexibility for their own enforcement. The EPA guidance came after the American Petroleum Institute, an oil and gas industry group, sent a letter to President Donald Trump on March 20 asking his administration to waive testing and reporting requirements for operations, which includes checking and repairing equipment leaking planet-warming methane. “The oil and natural gas industry needs to maintain safe and reliable operations, taking into consideration that there may be limited personnel capacity to manage the full scope of the current regulatory requirements,” the letter stated.

The Colorado Air Pollution Control Division is asking companies to let it know of any issues with compliance before failing to collect samples and submit records, for example. So far, according to Putnam, companies have not raised any compliance issues with meeting core effluent or emissions requirements. He said the state has had some inquiries about signatures and physical records that people are having trouble getting during the stay-at-home order.