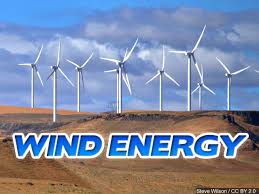 An annual report by the American Wind Energy Association says wind energy is now the largest provider of renewable energy in the country, supplying over 7 percent of the nation’s electricity in 2019. In Oklahoma, 35% of the electricity comes from the numerous wind farms and the state remains number three for wind-powered electricity behind Iowa and number-one ranked Texas.

However, other states are adding wind power at a higher rate than in Oklahoma where only one wind farm, the Wildhorse Mountain Wind with 100.05 watts of electricity was added by the owner, Southern Power. The electricity is purchased by the Arkansas Electric Co-op Corporation.

The Wind Powers America Annual Report 2019 indicated that U.S. wind energy supplies more than 7% of the nation’s electricity and supports a record 120,000 American jobs, 530 domestic factories and $1.6 billion a year in revenue for states and communities.

“U.S. wind power has grown significantly over the past decade, as consumers across the country increasingly turn to wind to provide affordable, reliable, and clean electricity for their communities,” American Wind Energy Association CEO Tom Kiernan said. “Years of hard work culminated with wind power becoming America’s largest renewable energy provider in 2019, with a 50-state footprint of job creation and economic development. Wind’s near-record project pipeline indicates this growth will continue for years to come. While we are now working to mitigate the significant disruptions from COVID-19, we know that we will meet these challenges with strong industry momentum.”

Texas and Iowa led the country in wind power additions, with both states installing individual record amounts of wind power for a single year. South Dakota had the largest percentage growth in 2019, increasing its installed wind capacity by over 50 percent after installing 506 MW. In total, wind project developers delivered 55 projects in 19 states during 2019.

Large-scale deployment of wind power has helped support grid reliability. Across the country, wind is key to keeping the lights on for American consumers and businesses. In the Southwest Power Pool, the grid across most of the Plains, wind met nearly 28 percent of total electricity demand in 2019 and at specific points in time represented nearly 70 percent of power generation. These types of records showcase the ability of grid operators to integrate very large amounts of wind power.

The U.S. wind industry now directly employs 120,000 Americans, spread across all 50 states. Wind turbine technicians, the workers who build and maintain wind farms, continue to represent the second fastest growing career in the country, according to the U.S. Bureau of Labor Statistics. Meanwhile, veterans find wind jobs at a rate 61 percent higher than the average U.S. industry. Texas continues to lead the way for wind power jobs, with over 25,000 wind workers employed in the Lone Star State. Iowa, Illinois, Colorado, and Indiana round out the top 5 states for wind energy employment.

Demand for wind energy set a record in 2019, as utilities and corporate buyers announced over 8,700 MW of new wind power purchase agreements (PPAs). Utilities signed up for over 5,000 MW of wind energy, while corporate buyers announced 3,460 MW of PPAs. This strong demand for wind energy stems from economics – wind’s costs have fallen by 70 percent over the past decade and wind is now the most affordable source of new electricity throughout much of the country.

Texas led in fourth quarter installations with 1,808 MW, followed by Iowa (1,202 MW), South
Dakota (506 MW), North Dakota (473 MW), and Illinois (465 MW).
• A total of 19 states added wind power capacity in 2019. Texas, Iowa, Illinois, South Dakota, and
Kansas led in installations for the year.
• Texas and Iowa both added more wind capacity in 2019 than any other year, with nearly 4 GW
and 1.7 GW installed respectively.
• Iowa became the second state to exceed 10,000 MW of operating wind capacity in the fourth
quarter, while Illinois became the sixth state with over 5,000 MW of wind. Texas continues to
lead the nation with 28,843 MW of total installed capacity.
• Berkshire Hathaway Energy, through its Iowa utility MidAmerican Energy, added the most new
wind capacity in 2019, commissioning 990 MW. NextEra Energy Resources claimed the second spot.