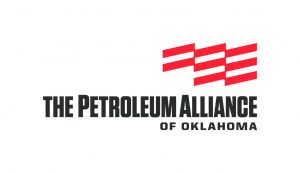 Oklahoma’s largest oil and gas group, the Petroleum Alliance of Oklahoma came out Monday in support of Gov. Kevin Stitt’s request to President Trump of federal government protection for the industry because of an “act of God.”

Gov. Stitt said the COVID-19 Pandemic should be declared a “Force Majeure” or “Act of God” and that oil and gas producers should not be punished for breaking contracts to produce more oil.

“It’s important to note that oil and gas leases have a primary term associated with them when leases are taken from the royalty owner(s).  The primary term is extended based upon the continuation of production of the oil and gas rights covered under the lease.  Many oil and gas contracts and/or leases have clauses describing acceptable causes for cessation of production to be allowed without forfeiture of the lease(s).  Common language, such as “Force Majeure” and “Act of God” are used to describe situations beyond the control of the lessor,” stated the Alliance in announcing its support of the Governor.

Gov. Stitt is simply requesting that the operator of the well(s) that are holding the lease(s) be shown some grace during this unprecedented time, by allowing them to temporarily cease production without the fear of losing the held by production (HBP) lease(s). The COVID-19 pandemic arguably destroyed 20-30 million barrels of demand, roughly overnight, at a time when other countries were increasing their supply in an effort to gain market share.

“We need to protect our stripper level production that is derived mostly from our vertical producing wells which make up ~15% of Oklahoma’s production. Without this relief, many of the wells may never be returned to production,” continued the statement. “Horizontal wells that paved the way to our nation’s energy independence should be protected as well.  As storage capacity wanes, safety and environmental issues related to excess storage in non-traditional containment could result in unintended consequences for all Oklahomans. Loss of production, Oklahoma’s livelihood, as well as our future are dependent on common sense solutions.”