Oil prices rebound in trading as OPEC prepares to meet 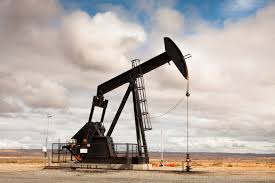 A day after slipping, the price of oil in the U.S. and overseas was up reaching $25.09 a barrel for West Texas Intermediate crude.

It was a gain of $1.46 on Wall Street while in London, Brent crude rose $1.79 to reach $33.60 per barrel. The favorable response on Wall Street came a day ahead of an OPEC meeting involving Russia and Saudi Arabia whose price war has left American energy companies bleeding.

In a sign of the times, the Organization of the Petroleum Exporting Countries and allied oil producers will hold a virtual meeting Thursday to make a decision on global crude production that could make or break the oil market.

“The virtual nature of the meeting is unconventional, but is unlikely to be a hindrance,” said Manish Raj, chief financial officer at Velandera Energy, who believes that the group has a pre-planned agreement in place.

If the OPEC+ parties do not already have an agreement in place, they would have just called off the meeting, he told MarketWatch. The video conference is scheduled to begin Thursday at 1400 GMT, or 10 am Eastern time, according to Reuters.

ConocoPhillips saw shares go up $2.41 reaching $35.68 for the day while Chesapeake Energy added a penny to hit 17 cents.

Mammoth Energy Services rose 2 cents and ended the day at 60 cents while Chaparral saw a very slight increase to finish at 28 cents. Helmerich and Payne gained $1.39 and ended Wednesday’s trading at $18.77