NexTier is latest to layoff workers in El Reno 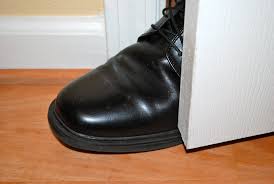 After putting its foot in the door being closed to finalize a proposed 10 million barrel a day of crude oil production, Mexico changed its mind and came out in support of reductions, something urged by U.S. producers including those in Oklahoma.

The country’s leaders clashed with Saudi Arabia and its allies, including Russia who had forged a pact to curb crude production by 10 million barrels a day or 10% of global supplies. The rub lies with the decision by Russia and OPEC who wanted other producers including the U.S. and Canada to cut another 5%.

But efforts to conclude the deal hit the buffers when Mexico said it would only cut output by a quarter of the amount demanded by OPEC+.

Mexico President Andres Manuel Lopez Obrador said on Friday Trump had offered to make extra U.S. cuts on his behalf, an unusual offer by a president who has long railed against OPEC.

Trump, who had threatened Saudi Arabia with oil tariffs if it did not fix the market’s oversupply problem, said Washington would help Mexico by picking up “some of the slack” and being reimbursed later. He did not say how this would work.

Finally, late in the day, he agreed. Mexico had initially blocked the deal but its president, Andrés Manuel López Obrador, said Friday that he had agreed with U.S. President Donald Trump that the U.S. will compensate what Mexico cannot add to the proposed cuts.

That paves the way for cuts that experts estimate could reach 15 million barrels a day in all – about 15% of world production. Such a move would be unprecedented both in its size and the number of participating countries, many of whom have long been bitter rivals in the energy industry.

Two sources familiar with the discussions said Saudi Arabia clashed with Mexico on Thursday and again on Friday, when the kingdom hosted talks of energy ministers from the Group of 20 major economies that were aimed at endorsing OPEC+ efforts.

“We call on all nations to use every means at their disposal to help reduce the surplus,” U.S. Energy Secretary Dan Brouillette had told the G20 talks.

Brouillette said the United States would offer support with a natural decline in its oil output driven by economic forces. Although not a formal cut, it still represents a major shift for by a country which has never joined OPEC in coordinated action.

Brouillette said U.S. output could fall by between 2 million and 3 million bpd by the end of 2020 – a bigger drop over a shorter period of time than officials previously indicated.