Word was announced this week but Mach Resources and its partner did not reveal how much they paid for the assets from the bankruptcies of Alta Mesa and Kingfisher Midstream. But court documents indicated the sale was for about $159 million.

The announcement by Mach Resources indicated the acquisitions were the first in the newly-formed BCE-Mach III LLC and the sixth and seventh by the partnerships between Bayou City Energy Management LLC and Mach Resources LLC since 2018.

With these closings, on a combined basis, the BCE-Mach partnerships will have net daily production of ~58 Mboe/d, interests in over 5,700 wells and ~500,000 net acres across the Mid-Continent. 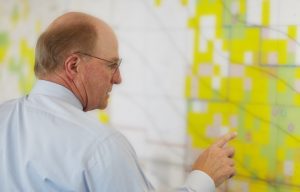 “For several years now we have stated that caution was needed with regard to further investment in the upstream space,” said Mach CEO Tom L. Ward. “Stretched reserve valuations and cash being spent in excess were creating a situation that was untenable for the industry. Although we did not know at the time we developed the thesis that a global pandemic would further exacerbate the already dire situation, we did understand that the situation was unsustainable.”

“Our goal is to be patient and be the buyer of choice in the Mid-Continent for both undercapitalized, distressed sellers and healthy sellers looking to reduce outstanding debt,” Ward continued. “We believe this strategy will reap large rewards in the future as this market corrects itself through a lack of capital invested in future drilling, and, having made seven acquisitions to date, we remain committed to our strategy.”

He offered thanks to Will McMullen, founder and managing partner of BCE who joined with Mach more than two years ago in creating the joint venture.

Will McMullen, founder and managing partner of BCE, commented that, “BCE is excited to continue its partnership with Tom Ward and his team at Mach by adding the AMH and KFM assets to its existing platforms. By applying to these assets, the same prudent operatorship that the BCE-Mach partnerships have employed with assets previously acquired in the Mississippi Lime and Western Anadarko Basin, we believe the additional scale of these assets will bolster strong returns for our investors.”

He took expressed a desire to be conservative in development of assets for the partnership but to continue efforts to find other possible acquisition targets.